Ekaterina Borisova has over eight years of experience in investment banking, corporate finance, and government in Europe and Latin America. As a Manager in Deloitte’s Financial Advisory Services team in Mexico, Ekaterina successfully executed mergers & acquisitions, capital raises, and restructurings in excess of $30 billion. Her most notable assignments include advising WalMart on its $2.5 billion expansion in Central America, Femsa on the $6 billion sale of its beer division to Heineken, and the Mexican government on developing various infrastructure, urban, and environmental projects. 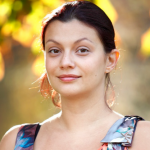 Upon her return to Bulgaria in 2010, Ekaterina joined Entrea Capital, where she generated new mandates and led the execution of domestic and cross-border mergers, acquisitions, and capital raises.

Ekaterina started her professional career as an Advisor to the Bulgarian Minister of Economy, where she worked on the development and implementation of various economic strategies, including the Strategy for Development of Small and Medium Enterprises, the Innovation Strategy, and the ICT Strategy.